But I really respect a lot of the people who have joined the Saloon in the last couple years. While there are the rare 'prodigies' who sort of charge into the Saloon's acceptance (see: Mapppp, Freaky) with great ease, it takes a lot of other people a while to break into the acceptance of the Saloon and really understand the unspoken customs, traditions, styles, and humor of everyday life around here, and while they're still new to it they can get a lot of shit. I really have a ton of respect for everyone who has become a regular in the last couple years, when the Saloon has been most exclusive due to the weird sense of humor that has developed here. So everyone whose name I recognize even though you joined the Saloon in this recent time, I respect you. A lot.


(I kid, I kid)
Where be your gibes now? your gambols? your songs?
Your flashes of merriment, that were wont to set the table on a roar?
Not one now, to mock your own grinning?

But how has GD not found that yet?
Having a signature will finally get me some respect.

So it was like being in a commercial airliner heading for X when suddenly X disappears from the map under a giant mushroom cloud. The plane begins to circle, the mushroom cloud heaves into view. You turn around, emergently land in a foreign airport, are whisked off to decontamination and isolation, some guys in lead lined bodysuits come in with geiger counters and scan you. They do this every 4 hours until it's clear you are either hot hot hot or cold cold cold.

Then they wait and watch for you to turn into the Hulk or sommat, and when you don't, they take a bunch of blood samples and try to determine if you're microscopically mutating or headed towards a bone marrow transplant. All the while, you can't get online, and I think that's the worst of it right there - you can't get in touch with your friends and family to find out what FD2 was listening to yesterday, or what Gaurdian's newest smurf is called.

Then, on the 18th day, they come in again, this time wearing ordinary white lab coats. "The saloon took a tactical nuke that day, and all your friends and threads are dead," they coldly announce. "Over the past two weeks, we have been trying to reach survivors and reconstruct the community, but it's still...too...hot in there, and we're pretty sure everyone and everything in the immediate forum is lost." You panic, begin to swivel in your seat, want to run to the Saloon and wake up and it's just a bad dream. "Don't try to go back, we won't allow you out of this room, and if you should go anyway, we will seal you up in the rubble because you will become contaminated."

The other guy eyes you sadly, a tear trickling down the side of his nose and into his trimmed salt-and-pepper mustache. "There's nobody there, Lieutenant," he says softly.

A whole generation of lives flashes before your eyes, and the last image you see before you faint is Jax and Abby holding hands and running, silhouetted against a searing white hot nuclear blast.
Crunkatog on ESO
Bart331 balance suggestion: aztec: remove civ
Voltiguer: Ender, Sioux in 1.04 will be a top civ, no matter how many layers of Sioux goggles you put on
schildpad on Elephants: ...their mansabdar unit sucks so hard it looks like a black hole
Crunkatog on Steam. 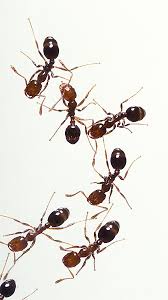 You guys need to get back on topic already.

Yes, the Punjab thread was good times.
Crunkatog on ESO
Bart331 balance suggestion: aztec: remove civ
Voltiguer: Ender, Sioux in 1.04 will be a top civ, no matter how many layers of Sioux goggles you put on
schildpad on Elephants: ...their mansabdar unit sucks so hard it looks like a black hole
Crunkatog on Steam.